The Japanese government declared a state of emergency on April 8 in response to the spread of the new coronavirus. Across the country, individual prefectures issued their own state of emergencies. All universities and schools remained closed until May 6 at the earliest. Public facilities remained closed, while restaurants either closed or reduced their operating hours.

Under the law, the government cannot force closings nor order a lockdown like those seen in other countries. It has been left up to the schools to make the decision on halting club activities, which covers sports teams, or urging self-restraint. There have been cases of universities closing dormitories and ordering students to return to their homes.

The National Training Center, the base for the national team, remains closed, as well as sports clubs and gyms around the country. Currently, wrestlers are in the situation where they cannot practice other than working out on their own at home.

The Japan Wrestling Federation, playing its part in helping to contain the spread of the virus, canceled all national training camps scheduled for April and May. The federation office has been closed since April 8. The following tournaments were added to the growing list of cancellations:

The Interhigh Championships, a multisport high school event scheduled for August at various venues, was canceled for the first time in history. The national high school sports federation made the decision taking into consideration safety not just at the competition venues, but in travel and lodgings for the athletes. Wrestling was to have been held Aug. 21-24 in Gunma Prefecture, north of Tokyo.

The athletes commission of the Japan Olympic Committee decided on April 15 to put out an appeal to the nation’s athletes in all sports to prepare messages for social media to encourage society during this unprecendented crisis. A number of wrestlers took part in the project. 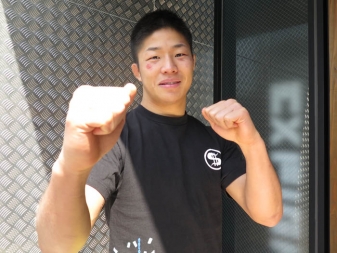 On April 1, 2017 world U23 freestyle champion Rinya NAKAMURA announced on Instagram that he had retired from wrestling to pursue a career in Mixed Martial Arts (MMA).

Nakamura, 25, won consecutive titles at the Meiji Cup in 2016 and 2017 at 57kg and 61kg, respectively. But he fell short in a bid to make the Tokyo Olympics over the past year at 65kg, losing to 2018 world champion Takuto OTOGURO in the final at the All-Japan Championships.

Nakamura’s father is owner of Purebred Omiya, the Saitama-prefecture gym for MMA and kids wrestling. It is there that three-time world women’s champion Miyu YAMAMOTO and her late brother Norifumi trained at times after joining MMA.

Nakamura recalled going into the gym as a youth. “The active MMA fighters would play with me,” he said. “The reason I got into was wrestling was because of Miyu Yamamoto.” 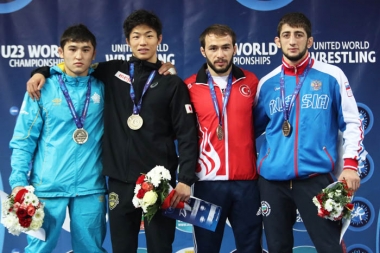 Nakamura made his international debut on the senior level at the 2017 world championships in Paris. Competing at 61kg, he lost in the second round to two-time world champion Haji ALIEV (AZE), but fought his way through the repechage to the bronze-medal match. But he lost and had to settle for a fifth-place finish.

Nakamura, whose dream is to become a champion in the popular Ultimate Fighting Championship (UFC), became full-fledged MMA training in February. With the outbreak of the new coronavirus, he is now limited to working out on his own.

“Striking and grappling techniques are important, but absolutely do not forget wrestling,” Sato said he told him. “Among the contact sports, wrestling is the toughest. Looking at present-day MMA from a physical standpoint, those with a wrestling background really stand out. Nakamura was the type who wins with stamina, so I hope he continues to train in wrestling.”

World and Olympic champion Risako KAWAI was named the recipient of a JOC Sports Award for 2019, which was announced on April 28 by the Japan Olympic Committee. 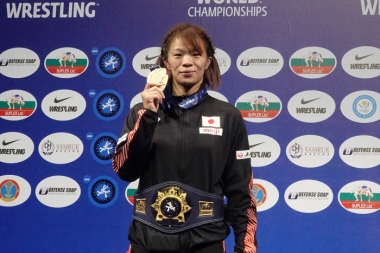 Kawai received a Special Distinction Award for winning the women’s 57kg gold medal at the World Championships in Nur-Sultan, Kazakhstan, last September, which extended her streak of world and Olympic titles to four years.

A year ago, Kawai and men’s world champion Takuto OTOGURO both received a Merit Award for their global success, while Yui SUSAKI was named a Rookie of the Year. The last time that a wrestler won the Special Distinction Award was in 2008, when it went to the women’s team at the Beijing Olympics.

This year’s recipient of the Most Valuable Athlete was pro golfer Hinako SHIBUNO, whose victory at the British Open made her just the second Japanese in history to win a major tournament.

The award ceremony is scheduled for June, but it is still undecided due to the coronavirus pandemic.