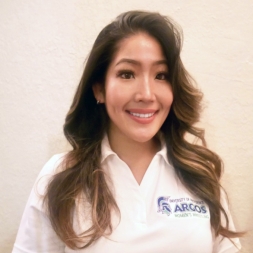 Yurie YONEOKA became the first Japanese woman to serve as a coach at an American university, starting a job this year as assistant coach at Providence University, where she earned All-America honors as a student in 2019.

Prior to Yoneoka’s hiring at the Great Falls, Montana, school, former world champion Seiko DARVISH (who competed under her maiden name of Seiko YAMAMOTO) had been an assistant on the U.S. national team, but Yoneoka becomes the first at a U.S. university.

Yoneoka started wrestling at the Kashiwa Club in Chiba Prefecture before going to Saitama Sakae High School in Saitama Prefecture, where he served as team captain and had a solid career, finishing third at the 2011 National High School Girls Championship at 49kg. Among the champions that year were future Olympic gold medalists Eri TOSAKA, Risako KAWAI and Sara DOSHO.

After leaving the sport for several years, she dedicated herself to studying English with the goal of attending an American university, not as an exchange student but as one properly enrolled—while resuming her wrestling career. She got accepted to the University of Jamestown in South Dakota, but when the wrestling coach moved to Providence, she followed him and transferred there, where she began her studies in sociology as she sat out a year of competition. 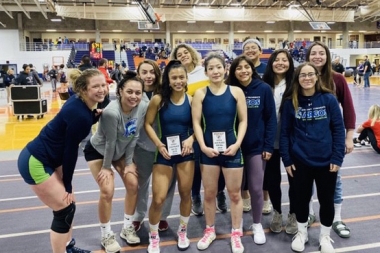 In her junior year at Providence, she finished sixth at the Women’s Collegiate Wrestling Association Championships at 116 pounds (52.6kg), which earned her All-America honors. But her bid for a national collegiate title in her final year in 2020 was sadly denied due to the coronavirus pandemic, as it led to cancellation of the NAIA Women’s National tournament, where she was the No. 3 seed at 109 pounds (49.5kg).

Yoneoka graduated from Providence last spring and, as part of her preparation for becoming a coach, she worked as a counselor at a children’s facility for mentally disturbed youth and victims of domestic abuse. She later was hired as a coach at Providence and started the job in January.

“To become a coach, I was helped again by many people, and I am filled with gratitude for being given this opportunity today,” Yoneoka said. “I want to pass on what I gained from my experience as a college wrestler and what I learned in my studies.

“I look at everyday as a chance to learn, but I also want to take responsibility as I take up this challenge. I am really looking forward as a coach to seeing the team members develop and progress.”

Women’s national team back in camp

Women’s national team members who have qualified or will try to qualify for the Tokyo Olympics were back on the mat together at a training camp that started Jan. 8 at the Ajinomoto National Training Center in Tokyo. A total of 22 wrestlers went through a 2-hour workout that included live wrestling on the opening day.

The camp started the day after a state of emergency was declared for three prefectures, including Tokyo, due to a surge in infections of the coronavirus. It was the second state of emergency during the pandemic, but unlike during the one declared in the spring, the National Training Center was allowed to remain open and the camp began as scheduled.

All wrestlers and coaches underwent PCR testing for the coronavirus and were confirmed negative, and in the NTC, all participants took thorough measures to prevent infections. Permission to skip the camp was granted for those with concerns about being infected, and on the final day on Jan. 13, all were tested again.

Among the five women wrestlers who have already clinched places at the Tokyo Olympics, only Mayu MUKAIDA (53kg) opted not to participate upon the decision of her sponsoring company. Many of the winners at the recent All-Japan Championships, which the Olympians skipped, took part in an opportunity to raise their own level.

However, both the men’s freestyle camp scheduled to start Jan. 13 and the Greco-Roman camp slated to begin Jan. 18 were cancelled.

As the pandemic continues unabated, questions are starting to arise on whether the Tokyo Olympics can be held or not. Amid this situation, the Japan Wrestling Federation has released its schedule for major domestic tournaments for 2021.

The first big event will be the Meiji Cup All-Japan Invitational Championships, to be held in May in Tokyo. The tournament will serve as the final qualifying tournament for the World Championships scheduled for October in Oslo, Norway.

Winners at the Emperor’s Cup All-Japan Championships held last December can clinch a ticket to Oslo by also winning at the Meiji Cup; if not, the champions of the two tourneys will clash in a playoff to be held on a date to be determined.

Here are the dates to mark down on your calendar: 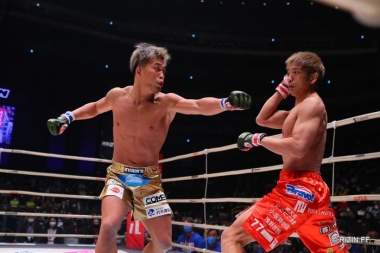 Ota made his MMA debut at the nationally televised RIZIN 26 extravaganza on New Year’s Eve at Saitama Super Arena, but his skills in Greco-Roman could not prevent him from being caught in a cross armlock and tapping out against veteran MMA fighter Hideo TOKORO. The bantamweight (61kg) match, slated for three 5-minute rounds, ended at 2:24 of the second round.

Ota, the 2019 world champion at 63kg, employed wrestling-like techniques to take Tokoro to the mat, but Tokoro used a very un-wrestling-like defense of lying on his back, waiting for Ota to attack. When Ota got close, he wrapped his legs around Ota’s arm. At one point, Ota lifted Tokoro into the air and slammed him to mat, and otherwise managed to escape the hold and become wary of it.

But in the end, Tokoro’s persistence and experience won out, and he clamped down on Ota’s right arm and hyperextended the elbow in what is known in judo as a juji-gatame, causing the 2016 Rio Olympics silver medalist to tap out.

Following the match, Ota appealed to Tokoro to teach him the MMA ground techniques, and his opponent assented to the request. Ota aims to use this loss as a springboard to success in the future.