Takahashi scored a 2-point counter exposure with a minute to go to defeat Higuchi 4-2 and fill the Olympic spot he himself had secured for Japan at the final world qualifying tournament just over a month before. 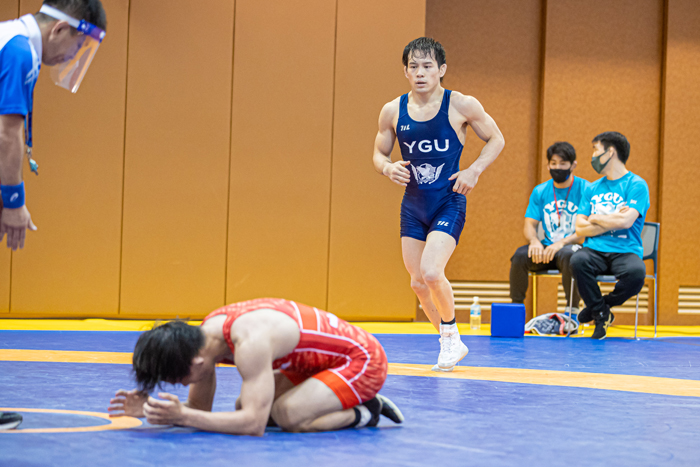 “He’s the Rio silver medalist and I know he’s a strong wrestler,” the 27-year-old Takahashi said. “To me, I was the one who got the Olympic berth [for Japan] and making it mine was another step in the process. I didn’t want to waste the chance.”

Takahashi received two activity points and led 2-0 in the second period when Higuchi took the lead on criteria with a takedown. But Takahashi stopped a tackle attempt by Higuchi and levered him over for the decisive points with 1:03 left, then held on for the victory and his first trip to the Olympics.

“I’m more relieved than anything,” said Takahashi, who took a new job in April as coach of his alma mater, Yamanashi Gakuin University.

The victory came nearly two years after Takahashi missed out on clinching an Olympic spot at the 2019 World Championships in Nur-Sultan, where a third career world medal would have automatically earned a ticket to the Tokyo Games. Instead, he finished 10th.

Higuchi, who had unsuccessfully tried make the Olympics at 65kg, dropped back to 57kg and defeated Takahashi at the 2019 All-Japan Championships, earning him the right to enter the Asian Olympic qualifying tournament.

But that tournament, along with the Tokyo Olympics, was postponed for a year due to the pandemic. It was held this April, but Higuchi never made it to the mat in Almaty — he failed to make weight.

Japan officials then decided to dispatch Takahashi, the 2020 All-Japan champion, to the final world qualifier in Sofia, Bulgaria, and he responded by winning Japan’s fourth Olympic spot in freestyle, which set up the playoff with Higuchi. 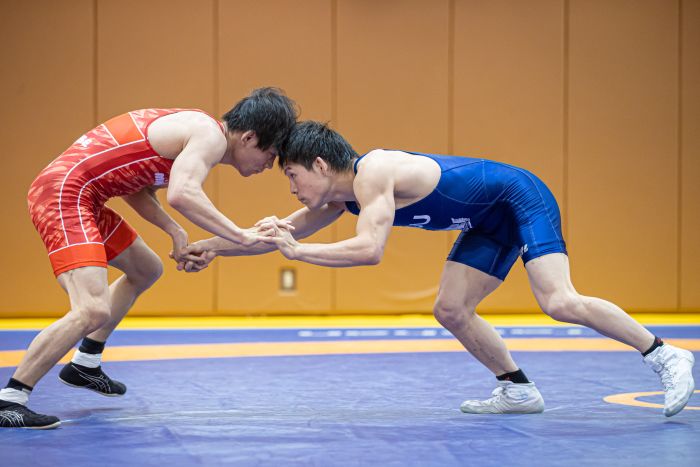 Takahashi, right, earned a place at his first Olympics with the victory. (photo by Sachiko Hotaka)

With Takahashi’s victory, the Olympic wrestling lineup is set. Sohsuke TAKATANI (freestyle 86kg) will be making his third Olympic appearance, while it will mark the Olympic debuts for all five other men. Among the women, four will be appearing in their first Olympics as Risako KAWAI (57kg) and Sara DOSHO (68kg) go in as defending champions.

The Poland Open, one of the last competitions before the Tokyo Olympics, was held June 12-13 in Warsaw. Japan had two wrestlers entered, but only one made the trip.

World champion Kenichiro FUMITA had been all set to use the tournament as a tune-up for his Olympic debut at Greco 60kg, but withdrew just prior to leaving Japan after suddenly taking ill.

Fumita has not competed overseas since February 2020, when he won the gold at the Asian Championships in New Delhi.

Nippon Sports Science University’s Ayata SUZUKI was undeterred by being the only Japanese in the field and came home with the silver medal at 63kg, giving him medals in back-to-back international tournaments this year.

Suzuki took a bronze medal at this year’s Asian Championships at 60kg. 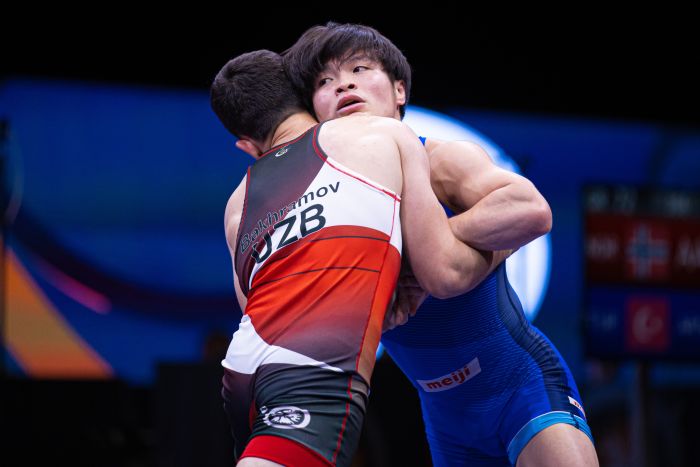 The national teams in all three styles held separate training camps in June with the main objective of getting Japan’s Olympians ready for the Tokyo Games.

The Greco-Roman team trained at the Nippon Sport Science University facilities in Yokohama, while the women gathered at Tokyo’s Ajinomoto National Training Center.

The freestyle squad, however, headed for the great outdoors and the mountains of Nagano Prefecture, where they continued a tradition nearly a half-century old.

The freestylers practiced on June 21-27 in rural Sugadaira, a highland town 1,350 meters above sea level. In addition to working out on the mat, they built up strength and stamina in the high-altitude grasslands.

On June 24, they did the traditional climb up 2,207-meter Mt. Nekodake, where they prayed for success on the sacred mountain that has been adopted as the patron god of Japanese wrestling.

The tradition started in 1978, when Japan officials were looking for a place to train in preparation for that year’s world championships in Mexico City, which sits at an altitude of 2,250 meters. To acclimate the team, they chose Sugadaira. 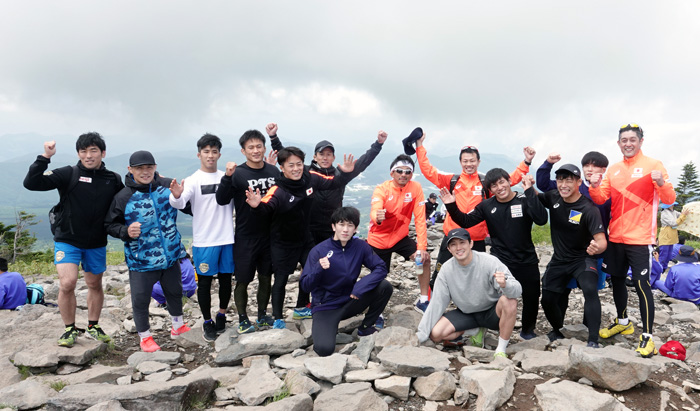 Today’s wrestlers have access to some of the most modern facilities in Japan, whether it be the National Training Center or at their own university or club, which make even late 20th century ones look primitive. But training in the same place all the time often leads to a feeling of being in a rut.

“By training in nature, we get the power of nature,” said Kenji INOUE, the men’s freestyle team technical enhancement director. “The high altitude adds to the burden, making it a better practice.”

Takuto OTOGURO, a medal hopeful at 65kg, was participating in the Sugadaira training camp for the first time, and said he felt it was good preparation for his mission. “We got support from the people in the area and everything went right,” he said.

During his days at Yamanashi Gakuin University, Otoguro would occasionally work out outdoors or go for runs in the local hills. But this March he began life as a member of the Self-Defense Force and has not had a chance to train amid nature. “To be able to come to a place in nature like this, I’d say I’m happy, and it lifts my spirits.”

Otoguro, who placed fifth at the 2019 World Championships and won the gold at the 2020 Asian Championships, will be unseeded at the Olympics, but said that does not concern him.

“That doesn’t matter,” he said. “To win the gold, you have to be able to beat anybody. I’m really looking forward to next month. I’m excited.”

Older brother Keisuke, who will compete at 74kg, was also making his first foray at the Sugadaira camp. He said he feels the effects of being out of his usual element.

“It’s refreshing to sometimes practice in a different environment,” he said. “We have everything we need, and the training is going just as I expected. As we are in the highlands, I want to practice hard so I’m out of breath.” 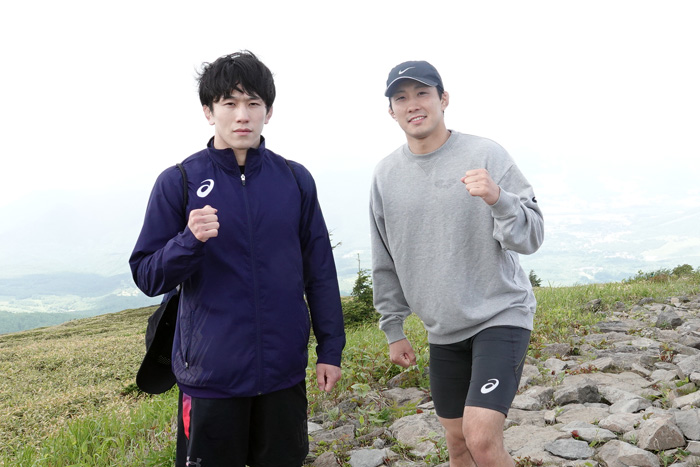 Japan Wrestling Federation Chairman Tomiaki FUKUDA was unanimously re-elected to a 10th term at a meeting of the board of trustees and provisional directors on June 26 in Tokyo.

Named as vice-chairpersons were Hiroshi HASE, Kuniko TANIOKA, Hideaki TOMIYAMA and Nobuo FUJISAWA. Masaki ETO, who had been serving as acting managing director, was named to that post officially.

New directors as well as officials and heads of committees were also decided.
The number of women directors, which had been limited to just Tanioka, was raised to four with the addition of Shoko YOSHIMURA, Hitomi OBARA and Kumi ASADA.

Fukuda has been serving as chairman since 2003. 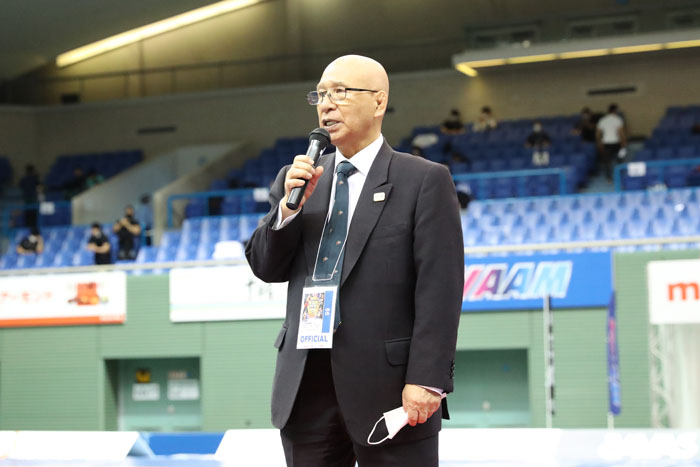